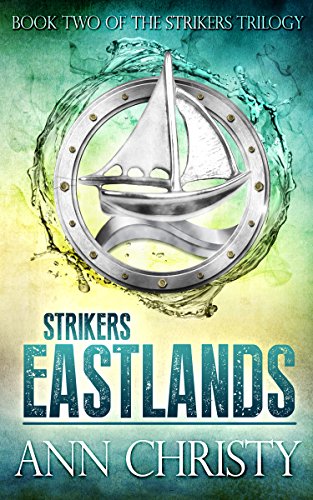 One year after the events in Strikers, Karas, Connor, Cassie along with Karas’ boyfriend Jovan and their friends Maddix and Marcus live in the Gulf Cooperative. They travel by boat and smuggle goods into and out of Florida, a mysterious land where people who enter never come back. When a storm grounds their boat in Florida, they are eventually brought in and housed in an arcology, though their reasons for doing so initially remain unclear.

It appears they are guests of a country with

amazing technology and an even more intriguing agenda, one whose scope involves all the fractured nations of the former United States. But as all is revealed, the pot simmers, slowly boiling over with tension that rises with each passing chapter, eventually culminating in an explosion of breathtaking action, tumultuous chaos, and devastating heartbreak.

Afterward, they make contact with people in the Eastlands and are brought to Washington DC, their capital. There, they learn the true secrets as to why they are so important in the battle between nations and question whether this struggle is one they want to embrace or whether they should go live their own lives and leave all of this behind them. And for Karas, in particular, that responsibility weighs heavily upon her going into the end of the novel. 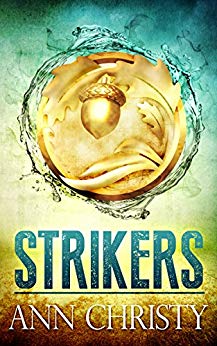 The author wisely focuses on this group of teens, using them as the prism in which to explore this captivating dystopian land. All of these characters have experienced so much tragedy and difficulties in their lives and they’re barely even adults yet. Their circumstances threaten their lives, they experience pure terror and it’s quite palpable.

Given that, somehow they can still feel the absolute joys of just enjoying life and living, especially in the small moments. After all, they are still teens and are pretty resilient despite their various setbacks. Everything they thought they knew about the world around them gets busted wide open over the course of the story and they’re forced to reexamine it time and again with each dilemma they face and learn about.

Each of them is nuanced with individual

character traits, wise beyond their years in the ways of the world and weigh their decisions as a collective group, reasoning their way through a problem and utilizing teamwork to help each other make it through. As a reader, by the end of the novel, I felt like I’ve been through the wringer with them, as I was so immersed in this story and invested in these characters so deeply, I felt angry at how they suffered.

The scope of this novel remains large, as the dystopian world of the United States after its fall is well-thought-out, strongly illustrated in its world-building and fascinating with each detail revealed. All of this background is very important and plays a large role in what happens to Karas and her group as well as why it happens. From the paranoia in Florida, the strict regime of Texas and the seemingly apparent friendliness of the Eastlands and even the wilds of the Outlands, this country, ‘and its surprises all form a series of enigmas waiting to be discovered. 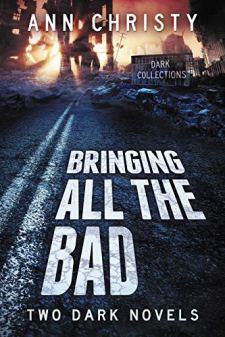 The science is meticulous and spot-on, explained in a way I could completely understand and also provides the pivot point around why each nation is so interested in this group of teens. From human biology to the nautical scenes, the prose is written so the reader can follow and learn right along with the characters.

And the political factions in this dystopia are also well thought out, right down to the tiniest detail of each country‘s psychology and why they operate the way they do. It all culminated in an ending that made me very eager to read the final installment in this trilogy. Now. =)

This is an entrancing and spellbinding sequel from beginning to end filled with memorable characters, an imaginative world, and a compelling page-turner.

If you found this review to be helpful to you,

please click here to go to the review of both of these novels on Amazon. Then navigate to the bottom of this review and click on the “helpful” button.

Previous Indie Athenaeum book reviews about stories by Ann Christy include “Magic Baby in Room 108″, from “Bringing All the Bad: Two Dark Novels,” “All of Them Dead or Hidden”, from “Bringing All the Bad: Two Dark Novels,” “Portals – Into the Galaxy: Book 1,” “Best of Beyond the Stars – a space opera anthology“, “Christmas Between Life and Death“, “Between Life and Death – Savannah Slays“, “Strikers“, “Strikers – Outlands“, “The Ways We End: Six Tales of Doom“, “And Then Begin Again: Six Tales of Hope“, “Girard The Guardian – A True Vampire Novel” and “Bridge Across the Stars – A Sci-Fi Bridge Original Anthology.”