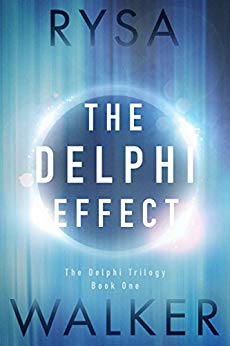 Available on: Amazon as an eBook, a paperback and as an audiobook

Anna is not your average seventeen-year-old girl. She doesn’t even know her parents, having been placed in the foster care system since she was very young. But one day, she started hearing the voices of dead people in her head, getting to know them and their history. But it can be more than that: they can also hijack her mind and body.

Over the years, she’s mostly learned to

control the hijackers as well as learn what they want: to complete one final task that went unfinished prior to their death. She also lives in a group home with her best friend who’s like a brother, Deo. She also has the support of her therapist, Kelsey, who she’s known for many years, helping her strengthen her mind and its defenses, as well as helping her cope with and process the feelings of these hijackers.

Now, Anna has a new dilemma when Molly takes up residence in her brain. She was murdered at a young age and needs Anna to meet with Porter, Molly’s grandfather, to help him solve Molly’s murder. But this is no ordinary situation, as Porter is a retired police officer who feels guilty that he hasn’t been able to solve Molly’s case.

But as Anna gets pulled deep into Molly’s life, she runs afoul of people involved in a secret government project that has been hiding for decades, doing experimentation on people with special powers. And when they target Anna for her connection to Molly, she gets involved in a situation that’s way over her head as she embarks on the most deadly and unpredictable adventure of her life!

The spine of the story is this government conspiracy that’s been nurtured for a long time, having tangled roots that run deep and are very important to the overall plot. You may think that you’ve read stories about conspiracies and people with special powers but you have not seen it used so effectively or imaginatively like this.

We see the seeds that the government has sown with the Delphi Project and it is horrifyingly brought to life. The despicable cruelty done to Delphi’s test subjects and the chaos these powered people are capable of wreaking with their powers make for suspenseful reading and I felt completely compelled to see what happened next. And there are some great surprises that you will never see coming, particularly in the final third of the novel, where it culminates into a spectacular ending.

The plot is fascinating and multifaceted but it doesn’t mean anything if you don’t care about the characters involved. As our protagonist, Anna is both wise beyond her years and yet indulges in some of the recklessness of youth. Her mind hijackers have helped usher in a maturity and wisdom that someone her age rarely possesses, essentially making her an old soul in a young body.

These experiences of different people inside her 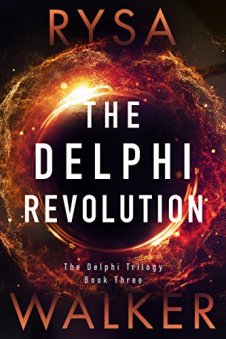 head give her many different levels than your average teenager, making for a strong-willed but temperamental individual. She’s going to need all of that experience to deal with the repulsive enemy she now faces.

The effects of the Delphi Project reverberate throughout the whole novel and especially in its impact on Anna, Deo, Porter, his friends and his extended family. Once we see the extent of the intricate family connections at work here, it really adds spice to an already great recipe, It’s also why you care so much about what happens to each character.

Porter’s close friends are like family to him and they all have a large role to play. There’s Aaron, a young adult who has powers of his own and whom Anna is attracted to. Then there’s Aaron’s older brother Daniel, his sister Taylor and many others. 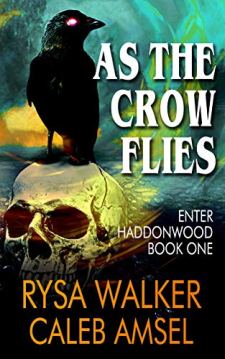 They all want to solve Molly’s murder and also protect Anna from those who would threaten her life, exploit her powers and use them for their own gain. Even though Molly is deceased, her personality is just as nuanced and detailed, with memories that provide crucial clues to not just her own murder, but to her connections with Delphi as well.

Each of these characters is not just a cog in the plot machine, these are real people with feelings, reactions and life experiences that inform their dialogue and their decisions. This is one of the author’s signature strengths: bringing characters vibrantly to life, making them distinguishable from one another and feel like real people you know from next door and want to spend more time with.

Even with the different hijackers in Anna’s mind, both the ones she’s harbored in the past and in the present, are fully fleshed out people, with each of them and their quirks affecting Anna in the most personal of ways.

Even the villains are fleshed out and given some

history as well but you definitely don’t want to spend time with them. These people, from Dacia with her fractured English and creepy powers to sift through your mind, to her cruel lackey, Lucas, the muscle of this particular duo.

Their boss is especially terrifying, with an agenda that is as contemptible as it is diabolical. These people all commit loathsome acts that turned my stomach and made me feel sickened by their actions. You want them to fail, but since they are also cunning, it will prove to be difficult for Anna and her allies to accomplish this.

There are some tantalizing clues dropped over the course of the novel as well as some dangling questions that hint at what lies ahead for us, absolutely begging for further exploration in the second and third novels of this trilogy. Having read all of the author’s previous novels and short stories to date, I can tell you that this novel features all of the excellent hallmarks I’ve come to expect in her stories: it was breathtaking in its complexity, entrancing in its storytelling and riveting with its plot. 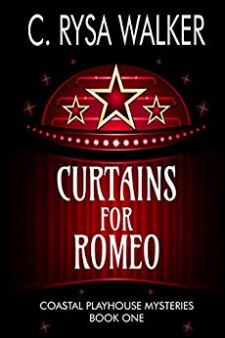 It features likable, wonderful characters that you feel like you know personally and the way they evolve made for captivating reading. Altogether, it makes for a fantastic and strong novel that creates an extensive world and tells a complete tale while laying the groundwork for further stories in the future. Those will be stories that I greatly look forward to, as the author is off to a terrific start here.