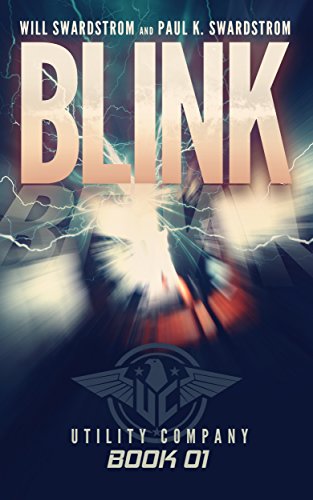 The Utility Company – a secret government agency that was created to protect citizens from weird and inexplicable phenomena. Led by the resourceful Agent Smith, he and his team are tasked to deal with various threats no other agency is truly equipped to handle. After dealing with The Corn Avenger (I’ll let you find out about that tale yourself), they are pulled into an investigation involving several mysterious spikes of radiation and missing people. Dispatched to investigate, they eventually find something that interconnects all of these cases: portals to a parallel universe that mirrors their own!

living an ordinary life in the Midwest with his wife and two children. Looking in the mirror one day, his image blinks back at him. Nik wonders what’s going on but when his family eventually disappears into that mirrored portal, Nik decides he must get them back!

Both of these story threads start weaving together and when they do, the adventure becomes more intense as Smith races to uncover a nefarious plot from another universe and Nik tries to save his family! As Smith and his team run into one problem after another, they start putting all of the puzzle pieces together and when they see the larger picture, the stakes are higher than they ever imagined!

The pace intensifies and the action accelerates swiftly. As the clock ticks down and time is running out, will Smith and his cohorts outwit their enemies and save everyone in the process? And will all of them make it out alive? 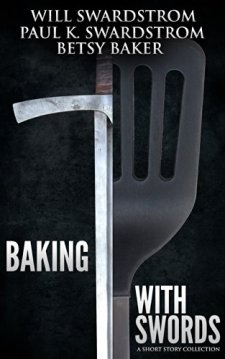 Smith encounters such complications like mirror universe doppelgangers similar (and dissimilar) to “our” universe’s counterparts and secret conspiracies that previously lay dormant, now starting to come to fruition. There is a lot of humor and also a lot of paranoia inherent in this unique premise because you don’t know who to trust and there is no way to know what to expect.

The authors mine it to maximum effect with each unpredictable twist and turn they throw at us, with spy gadgets, harrowing life, and death situations, action-packed sequences and many jaw-dropping reveals (and one, in particular, that is a real humdinger.) All of this and more are all part of the thrill-ride set loose in this inventive novel.

I also liked the way Nik, his wife Penny and their children were portrayed in the novel, as they weren’t just bystanders to the action. Their roles grew organically throughout the story even though they were in way over their heads. All of our major characters were fantastic and well-developed, especially Agent Smith, keeping me grounded in the action amidst the ensuing chaos and unusual developments.

A note about the portals; there are many, many 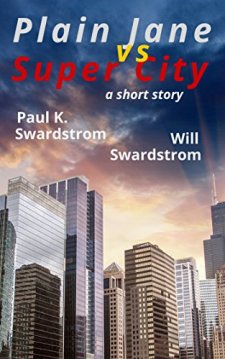 portals being used here, as the technology is featured more and more frequently and very ingeniously throughout the novel. I never got tired of the way the portals were utilized, as they provided one surprise after another in the way they were inventively used.

Finally, I very much appreciated the care and development put into the history of The Utility Company as a whole. They honor their dead and have a real camaraderie together between agents. It’s not just a workplace; it’s a family that cares about one another and demonstrates the real value of teamwork, no matter what strange new dilemma they face. There is a real depth and humanity to this agency behind this imaginative plot.

Described by the authors as a cross between “The X-Files” and “Men in Black,” this novel lives up to that description and more. If you want to read their second story featuring The Utility Company, read Agent Smith and the Naughty Elf: A Utility Company Story, which demonstrates more of a comedic flair to it. 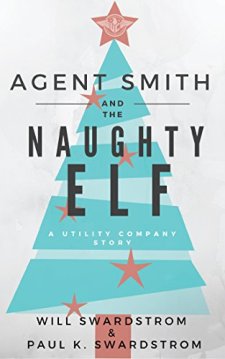 I found this to be a creative and suspenseful story with a solid sense of humor and a gripping plot. The story unfolds at a solid pace that always maintained my interest and when it hit a boiling point about mid-way through the novel, the pace became relentless and was extremely hard to put down. Both authors really crafted a very fine science fiction story here. This novel has laid a solid foundation for what I hope will be many more stories to come, as I look forward to more adventures.

P.S. Some of the pop culture in the other universe is quite amusing. Thankfully, “Star Wars 8: The Midichlorians Invade” is a movie that will forever remain in the mirror universe. Though I would love to see how their eighth Harry Potter book turned out. 😉

Previous Indie Athenaeum reviews about stories by Will Swardstrom include “Chronicle Worlds: Legacy Fleet“, “Tales from the Canyons of the Damned: No. 29, No. 28 & Omnibus 9.”