Josh is a seventeen-year-old living with his father in the Kisangani, deep in the jungles of the Congo of Africa. His father is a man with a checkered past who is now on a mission to bring God to the inhabitants of the jungle. Together, their existence and that of the village is thrown upside down when aliens move an asteroid into Earth’s orbit, right above their region!

Then, the aliens start unspooling a cable to 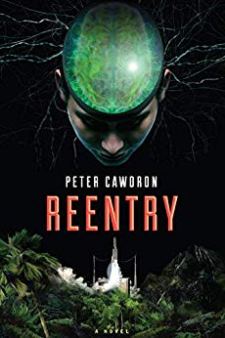 connect it to Earth. Although the different countries of the world try to communicate with the aliens, they don’t appear interested in responding back. This causes the governments of the world to debate what the motivations of the aliens are. Are they here to make peaceful contact with Earth or destroy it?

When the United States government sends a team to Josh’s village to investigate what’s going on, Josh and his girlfriend Jana meet them. The team consists of some Navy SEALS as well as a scientific team. The scientists are led by Pratul Khatri-Lagharin, whose nickname is “Pretzel.”

Pretzel is here with a team sanctioned by the government and prepared for potential first contact, no matter what form it may take. Wanting to survey the land for when the aliens make planetfall, they all travel out into the jungle together to lay sensors and gather data. What will they find there – the answers they seek or something more sinister?

This is not your usual “first contact with aliens scenario” that you might expect. Instead, the suspense comes from trying to understand the actions and motivations of the aliens and how human beings behave when faced with the truly unknown. In many ways, the 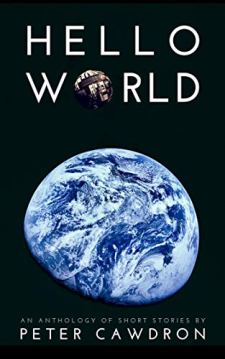 alien’s behavior is a mirror to reflect upon the darker and more suspicious natures of humans. In doing so, it demonstrates the best and the worst aspects that Earth has to offer as a result. From the reactions of each country to the potential threat that they pose, there is a wide difference of opinion on how to respond.

The important question as to whether the aliens are friends or foes is what makes this novel such compulsive reading. We are given plenty of material that seemingly offers evidence open to either interpretation. It drew me into its narrative and with each clue our characters gather. Each clue they discover is added to the ever-expanding theory as to why the aliens are here. While Pretzel believes they are here in peace, not everyone agrees with him. As a result, there are multiple threats to Pretzel and the team that could end their lives once and for all.

This plot involves several different points of view. You have Pretzel, the voice of science contrasting with Petty Officer Garcia, a Navy SEAL whose mindset is that the aliens are here for malicious purposes. You also have Brother Mordecai, a missionary who believes that aliens have visited Earth before and how those events were chronicled in the Book of Ezekiel, found in the Bible.

Each character filters this life-changing

experience through their unique point of view. The novel follows Josh’s point of view as the main character, as his previously small world is upended by aliens and the team that is investigating them. As he and Jana join the team to help them navigate through the jungle, Pretzel explains the science and help them understand his opinion on the aliens.

Pretzel’s past as a mentor to others becomes a factor here, as well as Josh’s troublesome upbringing due to his father’s past misdeeds. Jana has a surprising history with gorillas that can communicate using sign language. With each of them, we learn more about their backgrounds and how they shaped them into the people they are today. As a result, the author takes time to develop them so that the reader gains an emotional investment into each character, rounding out their personalities. This makes them come alive on the page and not just empty ciphers dryly sharing scientific knowledge and debating theory.

This is a distinctive kind of a novel for the author, as I can see he’s stretching his muscles here and trying for something different. This not an action-oriented or a violent novel, though you will find that storytelling ingredient here. We see those traits demonstrated

in the form of the perilous journey this team takes as well as the unknown foes that lurk in the jungle. Instead, the action is based around the central mystery of the aliens and their purpose on Earth. Based on that purpose, the story here revolves around the undeniable curiosity as to what the aliens are doing and how they are doing it.

I’ve read many of the author’s short stories and novels and one constant is that science always plays a role. It’s usually more of a supporting character and provides a scientific skeleton for the story. In this novel, the author brings the science to the forefront of the story and elevates it from a supporting role to that of a main character. Epitomized in the form of Pretzel the scientist, it’s his point of view that demonstrates science in all its concepts.

The author also seamlessly integrates science into the novel in thoughtful and insightful ways. The author, in the form of Pretzel, shares some knowledge related to any given topic of discussion that takes a closer look at things we thought we knew and gives us a new way to look at them. While some of those ideas would be spoilers to mention here, there are others that I can mention. Things like how color doesn’t exist and we only see it because of the way our eyes and our brains perceive it:

Or that fact that zero gravity doesn’t exist and that gravity can be found everywhere, including in space. The novel presents that in a way that we didn’t think about it before.

All of this is successfully blended into a beautifully exquisite ending that is filled with tension, a new understanding of the aliens and unpredictable twists and turns. It also remains very true to the themes established in the novel about first contact and why the aliens behave the way they do. And it answers the questions you might have had as you read the story in such a way that you would never guess but makes complete sense as it’s explained.

In the afterword, the author describes this novel

as comparable to “the style of a Michael Crichton” mass-market novel. Having read many Michael Crichton novels in the past, I would agree with this assessment with the provision that the author improves upon Michael Crichton’s style. While I found that Crichton is always impeccably well-researched, I always remember a past interview he did. In it, he said that he always enjoyed the research phase of writing but felt that the penalty of doing all that research was that he had to write the actual book.

Sometimes, I could see this quality in Crichton’s handling of the characters, as they were sometimes thinly drawn pieces to be moved around from one plot point to another. I find that Peter Cawdron’s research is also excellent but his characters are better-rounded, have more depth and provoke a stronger emotional response from me. Of course, science is a main “character” and received the most attention, as it plays a pivotal role in this story. But the other, human characters are also completely different individuals from one another imbued with personality and substance, which I appreciated. 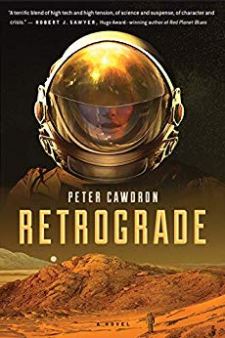 This novel is a thoughtful exploration into the unusual and yet completely scientifically plausible ideas behind these aliens and their methodology. It will stimulate your imagination, satisfy your curiosity and take you on a grand adventure into the unknown as you’ve never experienced before.

Only the best science fiction can accomplish that and this novel delivers on that promise. This is one of the many reasons why I enjoy reading this author whenever he publishes a new story because I get to explore new worlds and situations with each one. When he does, I never know where the story is going to transport me next and I welcome each voyage I take whenever I read his works.