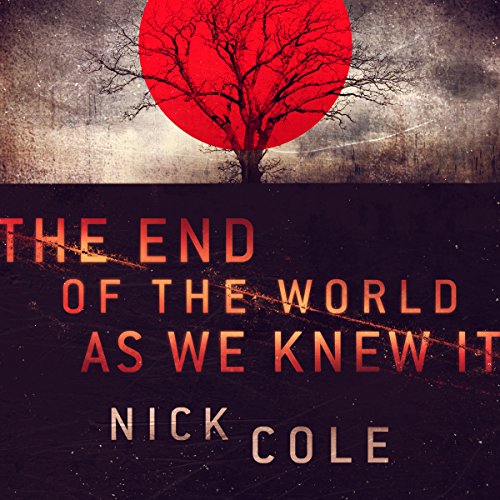 Audiobook Title: The End of the World as We Knew It

Available on: Amazon as an audiobook, an eBook, a hardcover and a paperback.

Where does The End of the World as We Knew It rank among all the audiobooks you’ve listened to so far?
The individual performances of each of the three audiobook narrators add nuance and realism to each character. It’s one of the best audiobooks I’ve ever listened to.

What did you like best about this story?
How the characters were first and foremost to the 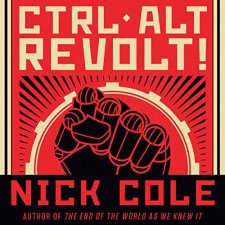 story, secondary to the action set pieces. The action, while scary and well-written, was only the stage on which the characters could shine.

Which scene was your favorite?
The final third of the book when all is revealed and we discover whether Jason finds his fiancé or not. It comes after the most intense action scene in the book and it’s also fascinating to see the aftermath of this discovery.

Any additional comments?
This zombie apocalypse is told from the point of view of three characters, each one sharing their story in a unique journal format. Whether it is through audio recordings, written journals or newspaper articles, it proves to be a solid method in which to tell this unique love story in a world gone mad.

Chronicling the story from the tight point of view of these three individuals, it becomes intensely personal telling it this way, really inserting the listener into the head of each storyteller so you experience this horrific world through their eyes.

The first account of the apocalypse is that of Alex, who narrates her story into her smartphone in the form of audio recordings. She’s in California on a business trip with her advertising firm working with the federal government. How she inadvertently becomes involved in ground zero of this outbreak and what happens afterward is a surprise.

The narrator perfectly captures the panicky, spiraling out-of-control feeling of the apocalypse as it’s happening and emerging out into the world. Her story is an urgent one as she becomes embroiled in events beyond her control in more ways than one, putting her life at risk. The narrator also really captures the thought process behind Alex’s questionable decisions as she faces the fight of her

life, coming off as quite shrill and shaky at times by doing so. The narrator illustrates this thinking well by making it a crucial part of the narrator’s performance of the character in the process.

Jason is Alex’s fiancé and he’s stuck in New York City during the zombie outbreak in his office building. How he escapes, what he escapes to and the cross-country journey he undertakes to find her takes up the bulk of the novel. He writes in a journal about his adventures traveling with the military, his strong but gut-wrenching feelings about watching a mass cleanup of bodies, power struggles, perilous undertakings, and life-threatening near-misses as he travels from East to West. But will he be able to even find Alex?

The second narrator captures the melancholy, depression, despair, and sense of hopelessness during the apocalypse. These feelings are especially acute when he’s describing four incidents where he felt shameful about his actions as he tried to survive and comprehend his feelings about it all.

The third account of the apocalypse takes the form of an unpublished newspaper article of a California reporter named Jonah. His story ties the entire novel and its themes

together by sharing what he discovered in his lifetime by writing about his personal account of the zombie apocalypse. The narrator’s matter-of-fact approach, just like a news article, come through loud and clear, especially by the end of his tale.

Overall, there’s a genuine earnestness to each vocal performance that brings the text alive, enhances it and makes each heartfelt emotion hit home for the listener. This enveloping novel was a fantastic story to listen to because of the life-changing events for each character, as each of their journeys is only for those with a strong fortitude. As a result, the listener becomes deeply invested in their fates and appreciates what happened to them, how it tested them and how they responded.

This story makes me happy that this is a piece of fiction and not real life, as this is not a world I would want to live in. But a novel that takes me on such a captivating ride like this one is always welcome.

3 thoughts on “Audiobook Review: The End of the World as We Knew It by Nick Cole”